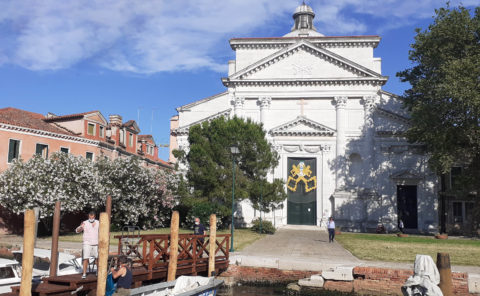 The history of Venice is somehow difficult to unravel, as in its written form this was drawn up late and in a fragmentary fashion. It is interesting to notice that the archeological excavation findings do not always chronologically correspond to the written reports. In fact, the remains prove that rich hubs were already settled on various areas of the lagoon. 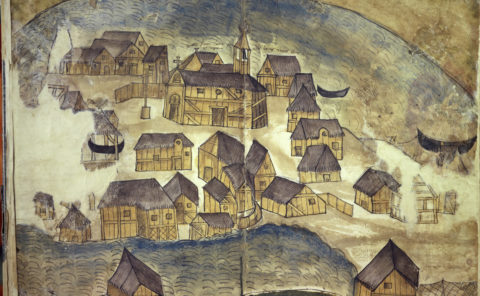 When was Venice born ? 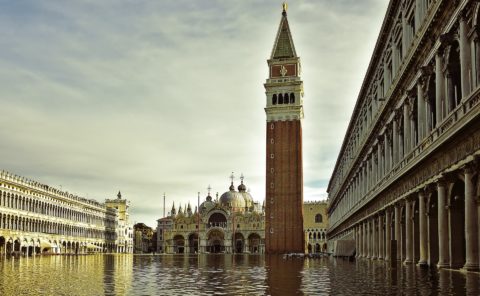 What will save Venice

The aqueous city of Venice, suspended between sky and water, is by its very nature sustained and at the same time threatened by its own environment : the salty water of its vast and beautiful lagoon. The ancient Republic of Venice knew the key role that a sustainable management of this fragile body of water played in the city for the circulation of people and goods. 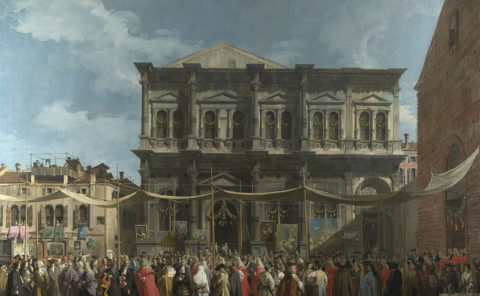 Tomorrow is the day of the Feast of Saint Roch and the Scuola Grande di San Rocco will open at 2 pm and close at 9 pm. Venetian citizens and visitors will be admitted in the Scuola by paying only 1 euro. Saint Roch is the co-patron of Venice toghether with St. Mark, the main patron saint of Venice. St. Roch is solemnly celebrated in history on August 16th 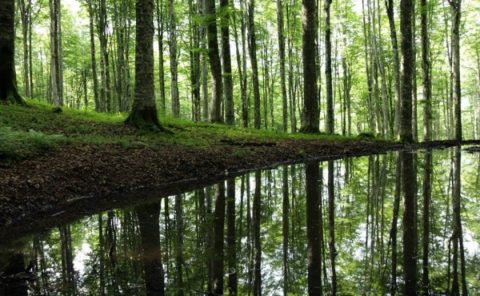 The Woods of Saint Mark

In the photos that I took from the site Amici del Cansiglio ( Friends of Cansiglio) , we see glimpses of the ancient beech forests of the fifteenth century that greatly contributed to the construction of the oars that served the galleys of the grand fleet Republic of Venice. 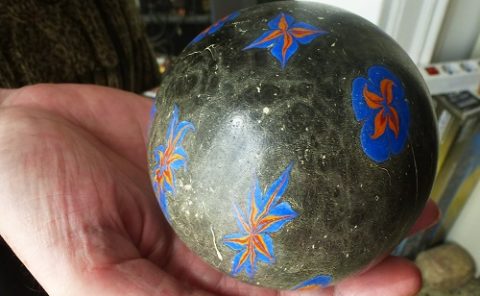 The marbled paper in Venice : a living tradition !

Ebrû is a paper decoration technique that derives its name from a Turkish and Persian word meaning cloud: it consists in colorful motives imitating the veins of marble or, indeed, the shapes of the clouds.

Giovanni Bellini (1430-1516), the greatest painter of the early Renaissance in Venice, was born into a family of artists, both his father Jacopo, and his brother, Gentile, were well known artists and his sister married Andrea Mantegna, the important painter from Padua.

The Palazzo Barbaro at San Vidal is one of the most interesting 15th century patrician homes, not only for its architecture but also for the story of its owners during the days of the Republic and well beyond.

Antonio Canal called Canaletto (1697-1768)was the most famous “vedutista”, view painter, in Venice during the 18th century, the time of the Grand Tour. He was particularly successful in England since his agent and major collector was Joseph Smith, the British Consul in Venice. In 1746 Canaletto moved to London for about ten years and the paintings of this period are full of the grace and charm of Georgian London.

The gardens of the Biennale, the International Art Exhibition first held in 1895, are the set of several pavilions built in various periods by the exhibiting countries. A number of these are of remarkable architectural interest, by important architects such as Hoffman, Rietveld, Aalto and Scarpa. Thus we have an interesting and varied group of buildings designed for an identical purpose.

Which Venice will you discover?